Promising Practice: Starting On the Path to Career Pathways

Klamath Union High School students are well-prepared to continue on to college or directly enter the workforce with their choice of nine career pathways programs. Designed in partnership with Klamath Community College and Oregon Institute of Technology, students earn college credit while in high school in programs in high-demand fields including computer science, teaching, liberal arts, media design, science and math, culinary arts, emergency services, nursing and industrial arts. Students are allowed to participate in as many of these programs as their schedule and needs allow.

The district plans to grow involvement from the current participation of around 90 students. The key? Starting early, while students are still in middle school. The district strategically hired one person, Valeria Martin-Menke, to focus on concurrent enrollment development and GEAR UP grant coordination. "It has been highly effective in allowing us to build programs that bridge academic needs from middle school to college enabling our student population to better envision themselves in a future that includes postsecondary access and success," she said.

"We begin discussing with the students their options for concurrent enrollment early, while they are in middle school," Martin-Menke said. One example: Ponderosa Middle School recently hosted a career fair where all the participating businesses had at least one connection to the pathways available to students in high school.

Other career exploration activities include using Oregon CIS in classrooms, taking students on career field trips, developing internship opportunities, and bringing in guest speakers from a variety of careers. 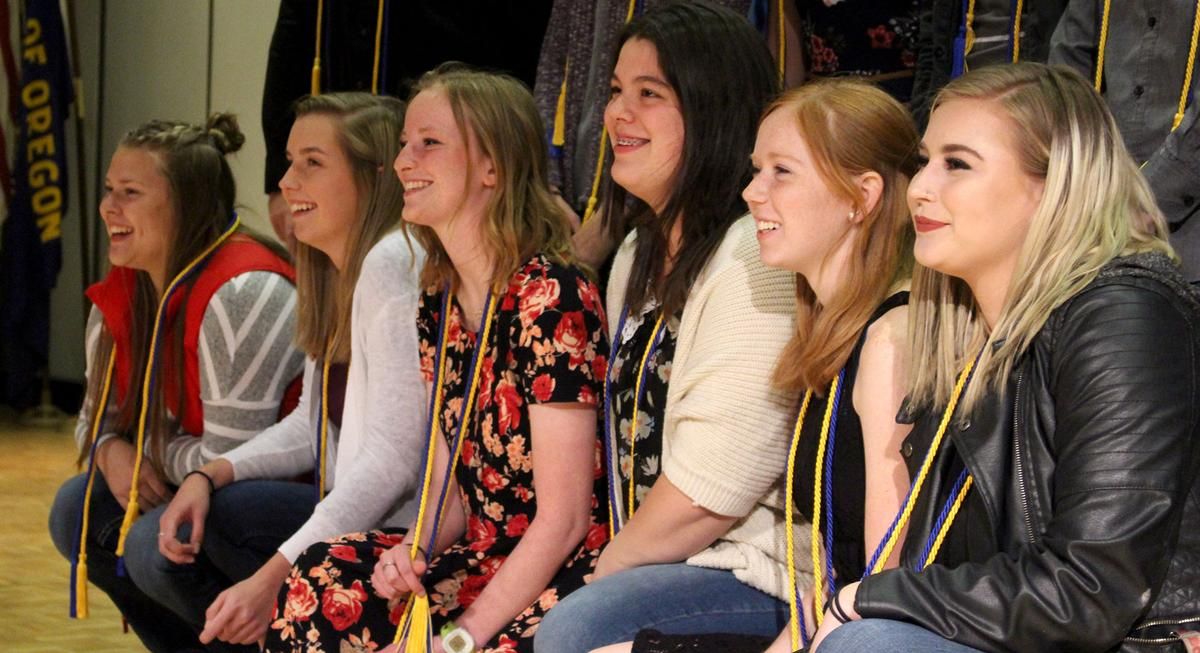 The hope is that these early exploration activities will help guide students towards concurrent enrollment options and ultimately, postsecondary success. As Martin-Menke notes, these programs show great promise. "Graduation rates and enrollment in postsecondary institutions for the Liberal Arts Academy is at 99% for the last two years I've been tracking."